Krishi Vigyan Kendra, Jhabua MP has written a letter to BCCI suggesting them the inclusion of Kadaknath chicken in the diets of cricket players. Dr. Chandan Kumar, Scientist, Kadaknath Farm and Hatchery, Krishi Vigyan Kendra,  Jhabua,  told eggchi.com that as per media reports star cricketer Virat Kohli has come on a vegan diet due to high cholesterol and fat in chicken.

Dr. Chandan further stated that as per reports of National Research Center On Meat, Hyderabad, Kadaknath chicken has very less cholesterol and fat and has a very high content of proteins as compared to other chickens. Therefore they have suggested the Kadaknath chicken diets to Virat Kohli and other players 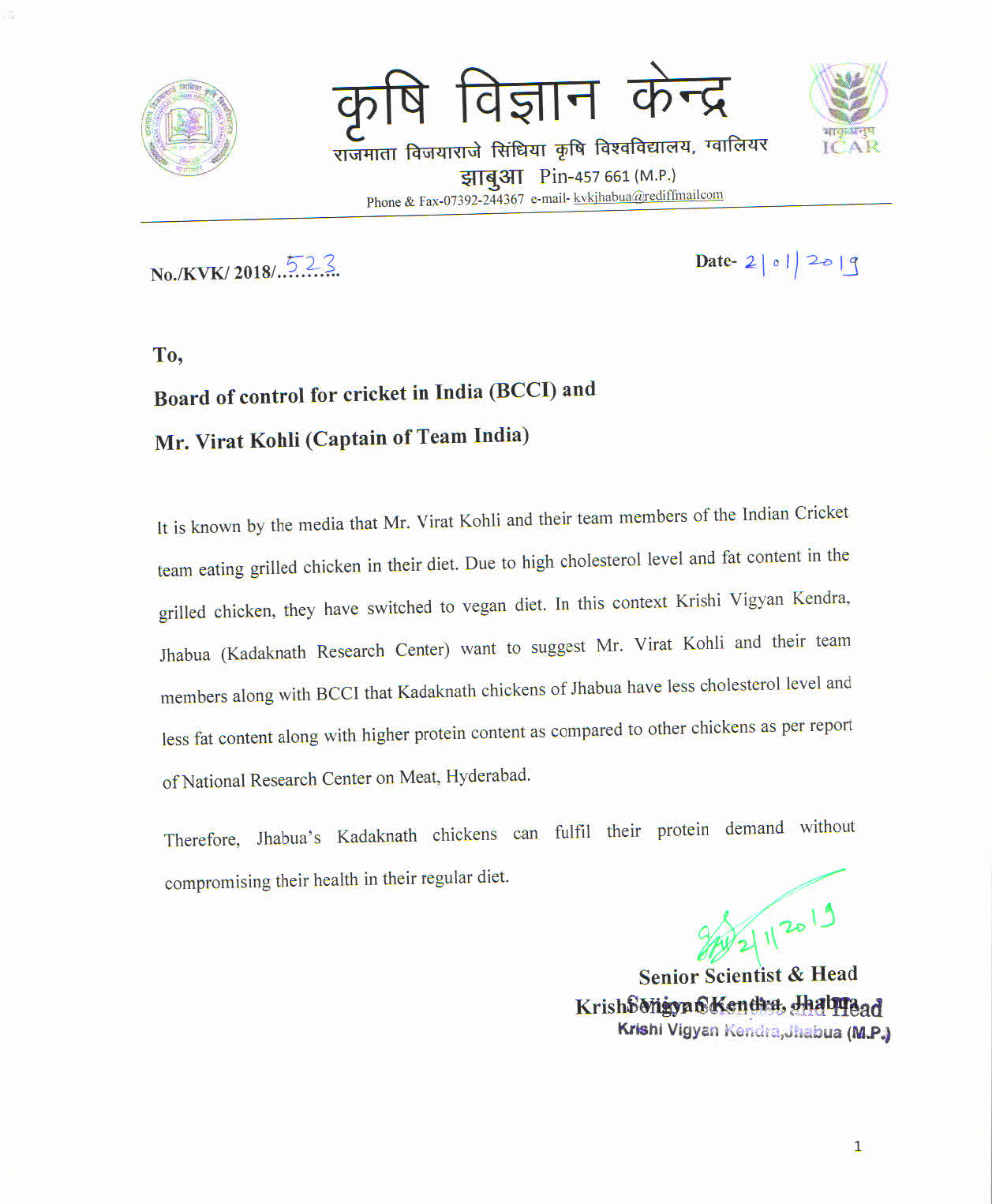