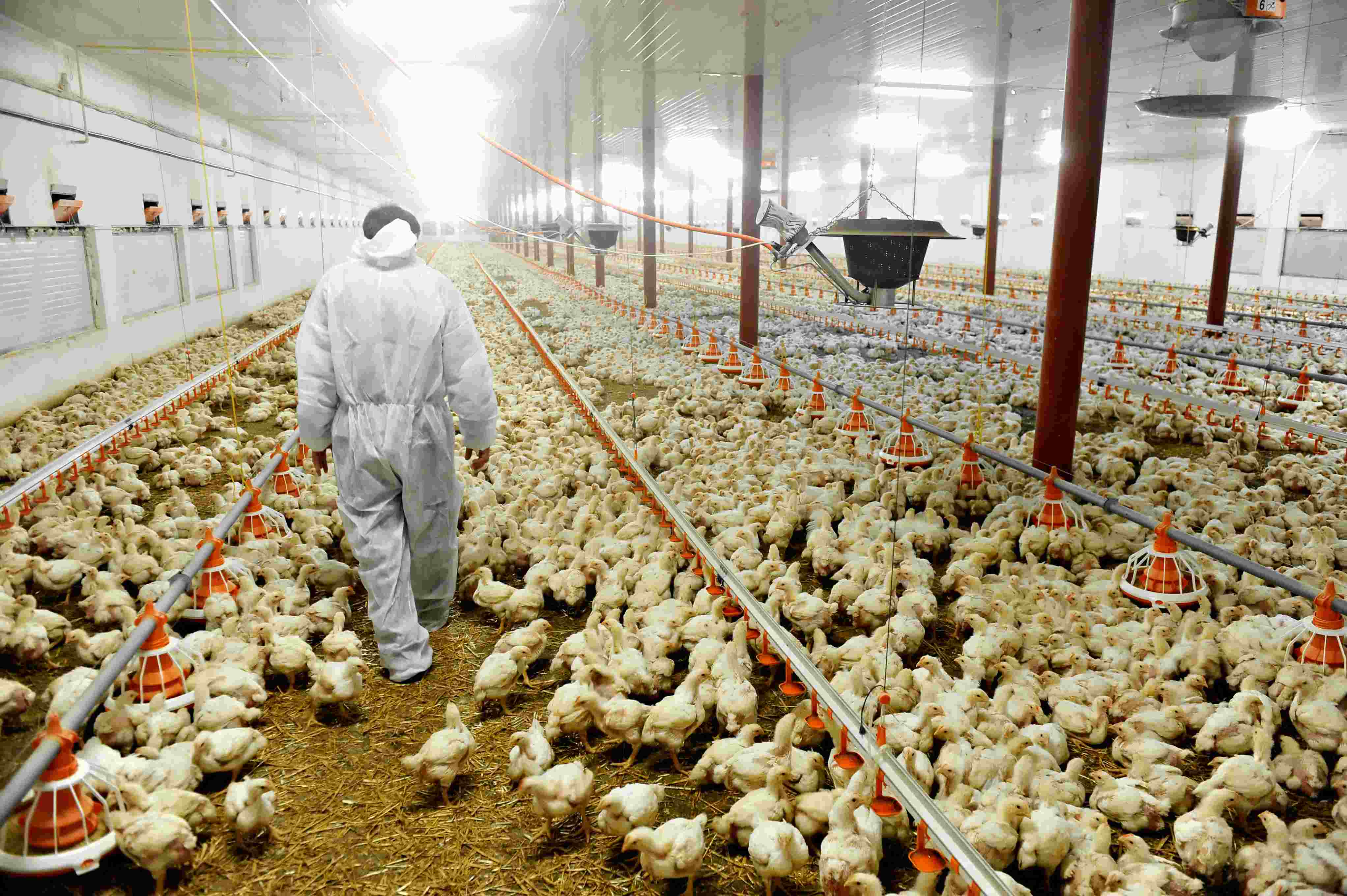 Poultry companies have been told they must have a plan for disposal of waste that could face export restrictions in the event of a no-deal Brexit.

About 270,000 tonnes of poultry litter are produced in Northern Ireland every year.

Most of the waste comes from growers for industry giant Moy Park.

It is a mix of bedding material and animal waste left behind when broiler chickens are sent for slaughter.

Up until now it has been disposed of in several ways, including by exporting it for land-spreading in the Republic of Ireland.

Almost 80,000 tonnes a year are sent over the Irish border.

But under a no-deal Brexit, EU rules mean the untreated waste could not be exported, including to a County Donegal-based treatment facility part-financed by the Northern Ireland Executive.

Disposal of poultry litter became an issue in Northern Ireland after significant expansion in the industry, supported by the executive.

It is nutrient rich and there is insufficient suitable land for spreading it in Northern Ireland as it poses a risk of contamination of water courses.

One option was to export it to the Republic of Ireland, where there was a higher concentration of tillage farms, which needed the nutrients.

It is also disposed of in anaerobic digesters, by incineration in power plants in England and Scotland and by being turned into mushroom compost.

Several years ago a briefing note prepared by Stormont's Department for the Economy accepted the practice of land-spreading in Northern Ireland was "no longer sustainable at current levels".

"Poultry litter is high in nitrogen and phosphorus and many soils across the north already have excess levels of phosphorus," it said.

"This impacts on water quality as the nutrients can get into the water and cause pollution of rivers and lakes."

Since that briefing note was prepared two large anaerobic digesters have been built with financial backing of the Stormont executive to help address the problem.

One is near Ballymena in County Antrim, the other outside Ballybofey in County Donegal, and between them were meant to deal with 65,000 tonnes a year.

Asked what would happen to the exported litter in the event of a no-deal Brexit, the Department of Agriculture, Environment and Rural Affairs said companies "must have a contingency plan in place to deal with their manure".

"If properly controlled and managed, the retention of 80,000 tonnes in Northern Ireland would not necessarily have an adverse impact on water bodies."

Moy Park said it had a range of "contingency measures" should export of waste be curtailed after Brexit day but did not specify them.

The Department for the Economy was asked what the position would be in respect of the £9m loan advanced to the Donegal plant if it was no longer available to accept and treat poultry litter from Northern Ireland.

"The loan is repayable by the operators of the plant regardless of whether a Brexit deal is in place," said a spokesman.